I have a roundabout confession to make.

I am one of those people who censors themselves quite a bit. Even though I’m aware that I’m an amateur writer, a hobbyist, I do feel a need to check myself in public. Why? At first, it was because I’m my mother’s daughter and didn’t want to say anything that would embarrass the family. Saving face and all that. It’s big in our culture. I got over that a while ago, though, and no longer mind what my family may read here or wherever I publish my thoughts.

Why, then, do I continue to censor myself? It’s not as if my words could sway a generation or start a war. That’s the blessing of anonymity, really. You get away with so much because you’re an ordinary person. You can be a little more straight forward. And so I’ve always been particularly happy to move in the shadows because then my life feels like my own. I have much less responsibility than someone who is widely known and widely accepted.

I’d say my self-censorship started when I became aware of how black people seem to be ambassadors for something. Every time we do something publicly, it’s almost as if we have to be constantly cognizant of the fact that we are representing the collective. I don’t know if everyone (people of all races) feels this way. I’m just writing from my own perspective.

In every situation I’ve witnessed in my home country where we’ve mingled with other people (white or of Indian-descent) or when watching how some black African celebrities are prone to move through the world, there’s been this air of, “Let’s be ‘at par’. Let’s not let them think we’re not ‘civilised’.” We toe the line quite well. Even when we’re amongst only other black people, we’re loathe to talk about taboo things that ‘black African people don’t do or think’. Or we don’t want to be shoved in that category where black people put black people who are accused of being self-hating because they like a certain thing or said a certain thing. It’s as if we think we have to strive for some version of perfection, else we’re doing life wrong. (Presenting a certain way is also helpful in landing some opportunities too.) We always have to be ‘right’, correct, the acceptable stereotypical African to each other as well as everyone outside our race.

There’s also the case for repressing our views and emotions. A lot of us were raised to be strong and to ‘get on with it’ so much so that when certain emotions or thoughts rear their heads, we’re not sure how to package them, what to call them or even how to effectively transform them. We also are constantly existing in environments where people tend to speak for us, whether we require it or not (and even label us ‘authentic’ if we met their idea of what a black African should be like), instead of seeking out our opinions or leaving room for how dynamic we tend to be. Sometimes we are afterthoughts or foregone conclusions or discounted whenever the topic is not on saving someone. Most times we are considered victims even when we don’t see ourselves as such. We also have our own limiting beliefs. In most situations, we are waiting for a chance or proving ourselves worthy. We are seldom in positions of power. Arguably, the worst part is that we even forget that we can create our own world in our own communities and occupy positions of power in that world. We forget that, if we decide it, that reality could be enough. We continue to wait to be invited into other people’s circles and validated. There is nothing wrong with other people. I enjoy interacting with everyone because we’re so different and yet fundamentally the same. But seeking that validation is going too far. Your self-worth shouldn’t rely on someone else. Sometimes we behave as if we don’t deserve to protect our own identities (something other races do naturally) or to take better care of each other.

In Hollywood movies, we are somewhere in or from Africa with generic, noble characters -no distinctions, no personality, no dimension, no fact-checking because you only do that when the place of origin actually matters, right? (In Nollywood movies, well…we’re desperately trying to get married or stay happily married but that’s another story for a different day.)

So I suppose this feeling of being responsible for the group doesn’t automatically change on social platforms, even when an anonymous writer is typing away on their phone in the comfort of their home? But I think the real reason for my self-censorship is that I’ve skirted around All The Things for so long that now I’m inundated with topics I do not want to delve into, let alone touch with a one metre long stick. It’s as if I’ve been offered a cobra to befriend and train and, subconsciously, I go, “Why??? Why should I volunteer to do that?”

As an individual, I continue to remind myself that I’m not important; what I say probably won’t be deemed as crucial. I am significant to myself and my immediate family but let’s be honest: my own government isn’t coming for me if I’m stranded in a war-torn, foreign country. I remind myself that I can say what I want. This is the privilege of having nothing to lose. Yet honesty is still difficult to express sometimes.

Then irrational thoughts creep in… At times, I just want to talk about other things that occupy my mind -after all, I seldom think about race, even though when I do it is with great intensity. But there is an ever-present responsibility to talk about it, regardless of how heavy the topic is.

The race series has brought up all sorts of emotions that consistently have to be managed and can no longer be ignored. I look around and I see the hidden benefits of being a black person or a black woman as well as all the ways that I’m disappointed in myself and my race.

Other times, my self-censorship comes from my knowledge of myself and how unfair I can be. I err on the side of believing my own perspective to be truth, causing me to lean heavily toward what I believe now -only to change my mind 5 years later and realise how off I was, how imbalanced and unaccommodating. So I sometimes suspend my true thoughts and feelings, dismissing them in favour of tolerance. I don’t dwell in them and write in the thick of things. Rather, I write in retrospect, when the mood is no longer as palpable as it used to be. Does that take away from the quality of my writing? Maybe. Other times, I don’t take myself seriously enough to capture the moment. I let it percolate then pass on until I’m wise enough to step away from creating some adventure in my life by being ‘unnecessarily controversial’ or rocking the boat. This has saved me and some of my integrity in the past. But it’s also kept me too safe.

I suppose I mean that it takes some bravery to dwell in the deepest, heaviest moments of black African life enough to write about it unabashedly, unapologetically and openly. I’m not always that brave. That perspective is very taxing to confront. You end up digging up a depth of pain you didn’t know was there.

I know there are those of us in the world who may think it’s time black people got over our past. We’re not the only ones who have suffered. I’ve had the same thoughts when I was particularly angry with the actions of the leaders of some African countries, when I thought they should act more responsibly instead of constantly deflecting; how you can take your destiny in your own hands and then squander it together with the dignity and resources you’re supposed to pass on to future generations is beyond frustrating. But the past and its repercussions continue to strike deep chords sometimes; even if I wasn’t there back then I still see and experience the effects. Many, many others do too. So, usually, I prefer to focus on my own humanity and function from whatever advantages I actually have because the many layers of being a race or a particular nationality can be overwhelming. I like to feel that I’m a human being who is happy to be a black person enjoying certain benefits, is relatively free, and is well-loved by a wide range of healthy people; rather than feeling that I’m a black descendant of a formerly colonised people existing in a ‘third world’ country in a planet where black people are generally considered bottom of the barrel. I hope that makes sense.

By not discussing certain race topics, I also mean that I prefer to talk about my race from a lighter point of view or rather one that I don’t come across as easily online. Finally, I suppose I am incorrigible in that I tend to think of our affairs as they could have been instead of as they are.

I will be continuing the race series from this angle. 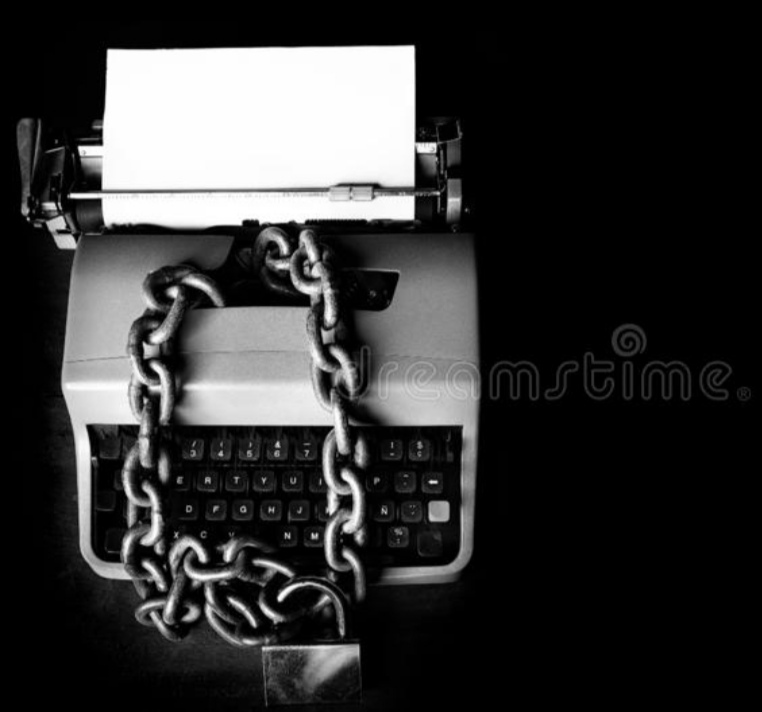 So what did you think? Cancel reply

Join 3,345 other followers
Follow The Amateur's Quill on WordPress.com

All content of this site is ©2022 copyright protected by Tebogo Gugu Harriet Ndlovu, unless otherwise mentioned, and may not be copied or reused without express written permission.