NB: I published this post previously by mistake but I’ve updated it now so that you have the correct version. The ending, in particular, has changed.

So we went to Tanzania, as I mentioned in my previous post. And it was truly a fun, mixed bag of an experience. I learned things I didn’t even know existed to be learned, made a friend and realised changes about myself which were unsettling yet true.

It turns out, we were not in Tanzania at all. We landed on the 4th of August and made our way to the hotel, a pretty spot on a beach about 1 and a half to 2 hours away. Walking towards the shore, we instantly saw the bluest water my landlocked self had ever seen.

It may come across that I didn’t do much research before I went on this trip. I did not. I was travelling with a group. So I felt safe enough to allow myself to be surprised. Sometimes googling everything ruins the experience.

The following day, we took a walk through Stone Town, accompanied by a tour guide who told us all sorts of things we were horrified to hear. He told us about the people who were kidnapped from nearby villages and enslaved by Arab traders to be sent to plantations in Pemba and Zanzibar, or to places in the Arab world such as Egypt, the Ottoman empire and Persia. The captives were transported to a market in Stone Town where they would be put on display for ‘customers’. There would be one slave master, a fellow enslaved African, who would be tasked to keep a group of slaves (both men and women) in check.

Part of the process of determining the material value of each enslaved person was to send them all to the whipping post right at that market. A picture of where the post was is now positioned in front of the altar.

The slave would be tied to the post and whipped to gauge their reaction to such brutality. Someone who would cry out and weep would be deemed weak and not worth much money, whereas someone who gritted their teeth and bore the pain quietly was deemed strong and was traded for a larger sum. A church now stands on that whipping post. In fact, the altar of a church stands on the whipping post, while the church is built around it. 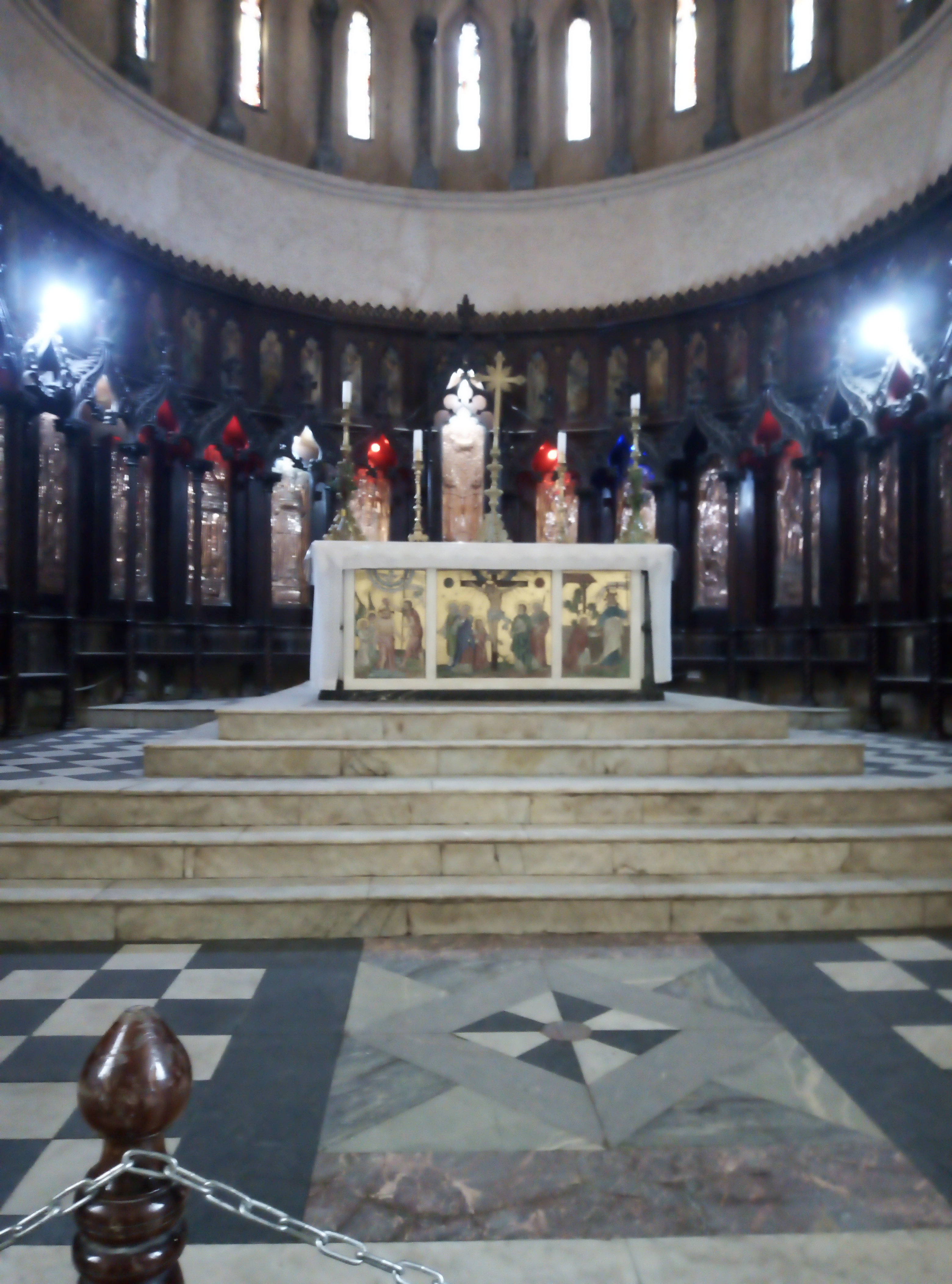 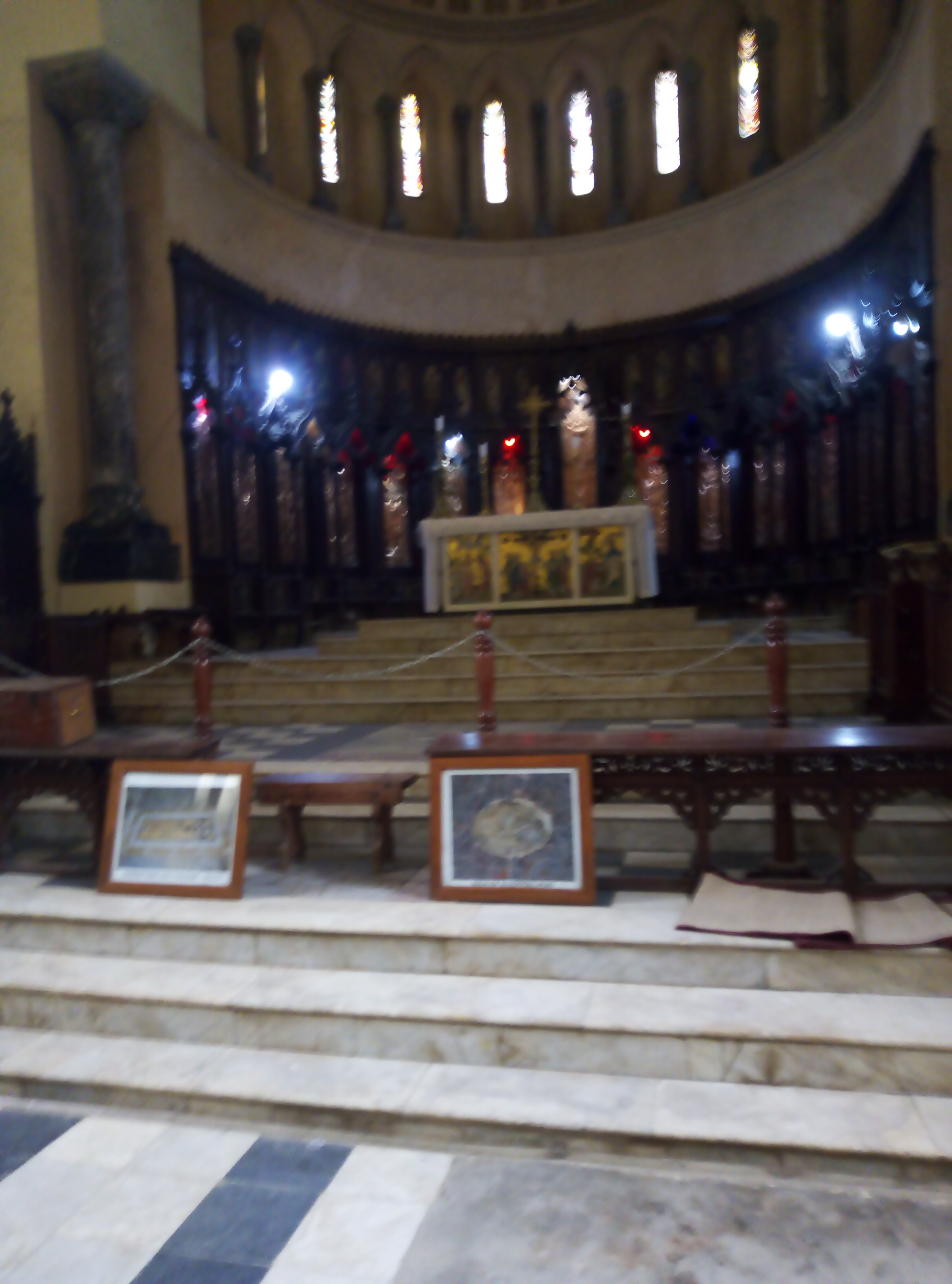 An object called the David Livingstone Cross hangs to the left of that altar. It is said to be made of the wood from the tree under which David Livingstone died. I don’t consider him a hero for discovering a place that was already discovered/inhabited but I suppose some do. On a tangent, Petina Gappah -a Zimbabwean novelist and playwright- has written a book about the black people who accompanied David Livingstone on his last trip/expedition. I’m keen on getting my hands on it to see how she wrote about that topic. 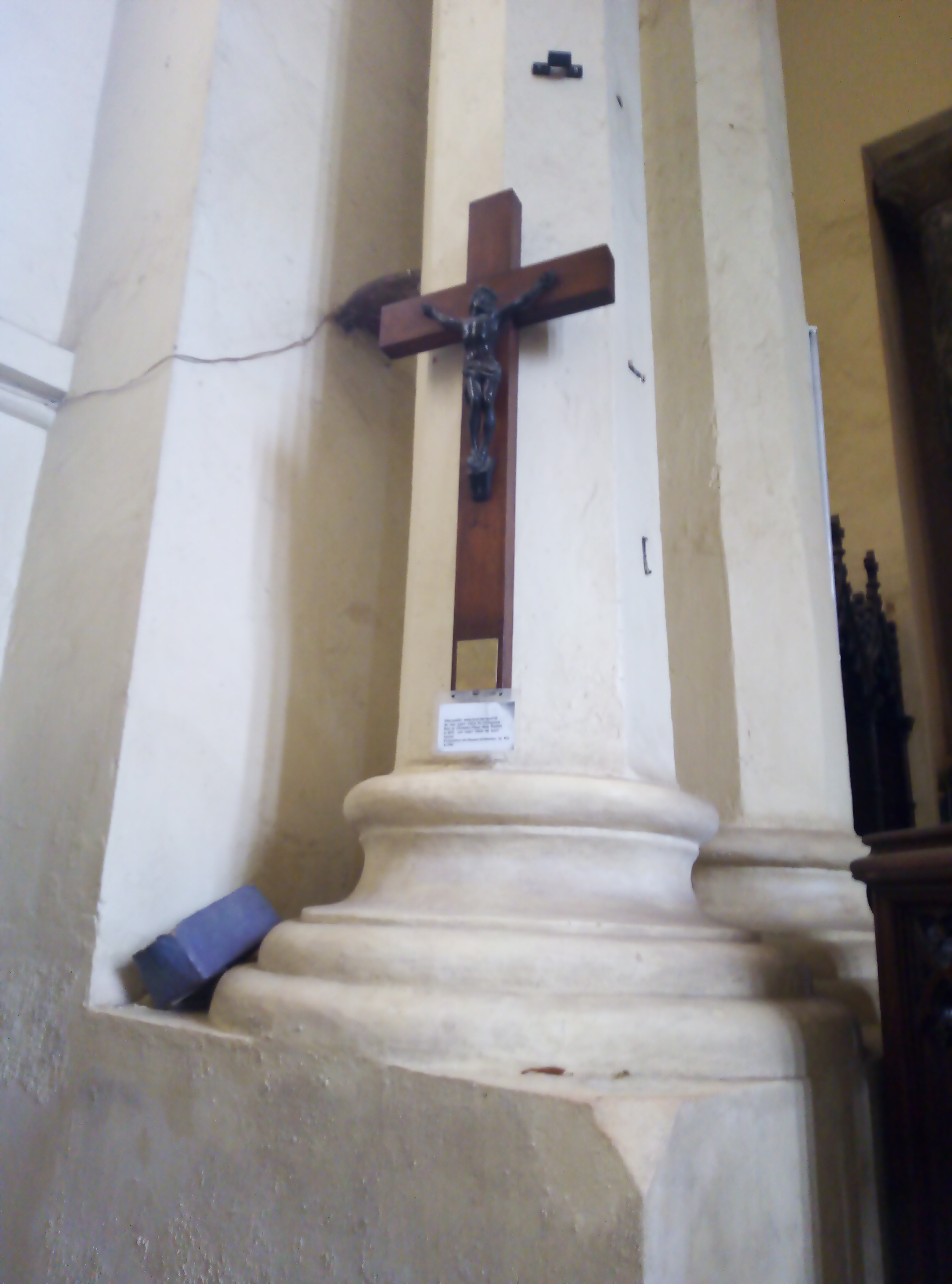 The story of the whipping post left me with so many thoughts, and there were those of us who felt quite heavy after that tour. We had also been taken to some dungeons where they kept enslaved peoples who then waited there before being shipped abroad. The rooms were so compact, so dark, with such little ventilation that many didn’t even make it to those ships. By that time, I was getting quite uncomfortable and forgot to take pictures. Forgive me for the inconsistency.

According to the tour guide, enslaved peoples came from West, East and Central Africa. I’ve heard Africans had a history of enslaving each other already but I only know of this from some African literature that I’ve read (for example: China Achebe’s Things Fall Apart mentioned Ikemefuna, a boy who was taken from a conquered village and became the protagonist’s adopted son). That said, I’m sure some may think, what was the big deal since Africans were already practicing slavery. But there are nuances to the conversation. And I don’t believe anyone said it was right depending on who did it and why. The particular brutality experienced in Stone Town in the 1800s, however, was unfathomable. I don’t believe the perpetrators saw human beings as they handled the captives.

One thing that struck me is that, as the tour guide described the history of the place, he didn’t talk about who the people were before anyone came to conquer them, except for one sentence: that it is thought that the first people there were the Bantu. He started by describing how we were standing in a fort built by the Iranians who ruled the island during the 1700s. He then mentioned that the Portuguese were the first to colonise the island, and came in the early 1500s because of the Portuguese explorer, Vasco Da Gama. After the Arabs, Zanzibar was taken over by the British, only to gain independence in April 1964.

My own history has never been taught to me outside of colonisation. We were told about the liberation struggle against Britain. And I gathered in scanty detail, outside school, that my tribe came out of the Zulu tribe of South Africa. Then as a teenager, my school taught us European history -using British textbooks in which no one mentioned the African soldiers who fought in World Wars I and II. It really was a history of Europe -for Europeans. And at the time I found it so interesting. I still do enjoy reading about European history. I just didn’t understand why there was no mention of us as I’d learned some of my ancestors had fought in WWII since we were under colonial rule at the time. Of course, I quickly understood that a history described by the victors is for the victors and does not take anyone else’s dignity into account because that’s the whole point of conquering a people, etc. But I think the worst part is our own, independent government did not insist on rectifying the issue of teaching a more accurate, comprehensive history in all schools across the country… All this to say, to this day, we generally don’t know who we are outside of who somebody else implied we are whenever we were not being omitted from the books. If I want to know, I’d have to do my own research using the little that has been written down (historically, we pass down information mostly orally). I’m in the process of doing this, and it has been intriguing but I wish our families were not so very secretive. Everything seems to be a family secret at this point.

The tour guide also mentioned that we were on the island of Zanzibar, which really is a country of its own, apart from Tanzania. So I still haven’t set foot in Tanzania, lol. The president/prime minister of Zanzibar is different from that of Tanzania. But he is not recognised by the world outside of Zanzibar and Tanzania. The Tanzanian president represents them both in international matters.

As we walked around the church, I stole glances at the tourists around us to see how people were reacting to what we were being told. The Caucasians seemed horrified. The black people from various countries seemed either sad or apathetic. The apathetic ones were taking cheerful pictures in front of the whipping post/altar -presumably for Instagram. I wasn’t surprised. It seemed inappropriate but at the same time I think sometimes we deal with the heaviness of our history by shrugging it off, sometimes in inappropriate ways but nonetheless… Also, I still find it ironic that a place of such savage brutality can become an altar. Is that weird or is it a sign of repentance? The other irony is the black slave masters. I think it was kind of a foreshadowing of how we tend to treat each other to this day -something I’ll post about later this week.

Walking around the town, I noticed that amongst young people, the only ones who were out and about, doing interesting things: jumping off the walls of the fort and into the ocean, dancing in the market at night, or generally out and about…they were all boys.

Finally, I have to check if I did what I went there to do. Did I get my mother’s Kente fabric? Unfortunately, what I was looking for is West African, not East African. I would have been successful looking for it in Ghana. Did I eat any new foods or enjoy the beach? I tried octopus, lobster and coconut milk all for the first time. I found that the first was rubbery but had more flavour than calamari; I loved lobster, it reminded me of prawns and was seasoned well; coconut milk was…alright. The beach was great. Next time I’m on a beach, though, I’ll make sure I can actually swim. I was too afraid to go too far into the water this time.

Did I make new friends? I did! With a fellow countrywoman. She has already inspired one of my September posts.

2 thoughts on “The Race Series: The Whipping Post (Updated)”

So what did you think? Cancel reply

Join 3,345 other followers
Follow The Amateur's Quill on WordPress.com

All content of this site is ©2022 copyright protected by Tebogo Gugu Harriet Ndlovu, unless otherwise mentioned, and may not be copied or reused without express written permission.